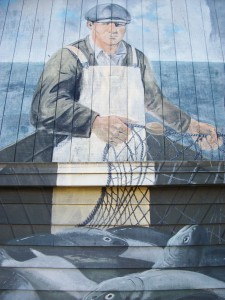 If Propofol sounds vaguely familiar to you it’s because it is the same drug that Michael Jackson overdosed on while using it as a sleeping aid. But it’s also the best damn MS treatment I’ve ever received since my diagnosis sixteen years ago bar none. If you’re not familiar with Propofol it’s a fairly new anesthesia medication that is administered via intravenous infusion just before surgery. And if used correctly it is a much safer drug that also has far fewer side effects, then many other drugs such as Ether or Sodium Pentathol that were used previously for the same purpose. In my case it was used for both a Colonoscopy many years ago and more recently for a Hernia operation.

In both cases where Propofol was used I can not stress enough at how much difference it made in almost all of my MS symptoms. The first thing I noticed upon waking up even though I had discomfort caused by each procedure was a total lack of pain in my lower back as well as no pain in either of my Sciatic Nerves running down my right and left leg’s. The second was a noticeable decrease in the amount of numbness in both my hands and feet. And the third was very little spasticity in my legs after each of these procedures. And this reduction of pain, numbness, and spasticity lasted more than twenty four hours after my discharge from the hospital.

Of course I have no idea how Propofol works or in fact what it really does to block your awareness while undergoing surgery but I would love having something like it as a sleep aid at night in a pill form specifically to treat Multiple Sclerosis and all of its other symptoms. I don’t know if Propofol is an anti inflammatory or not but it sure seemed much better at blocking my pain and numbness then anything else I’ve ever tried.

The benefits as far as I’m concerned were so impressive that I would certainly encourage researchers doing MS studies to spend some time looking into Propofol and any other drugs that work in the same manner as possible future treatments. Yes, it was that good at reducing my discomfort, period. It was as close to feeling like I didn’t have MS as I have felt since before my first major attack!