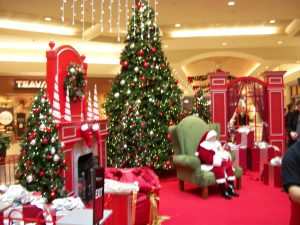 Everyone already knows that cracking the code for the cure of multiple sclerosis is something akin to putting all the right colors back in all the right places on a Rubik’s cube on the very first try. It can take months, or perhaps even years, to figure the right sequence of turns before you finally get it right. In my case I never did get my cube back to its beginning point. I think it still lingers at the bottom of a box somewhere in a closet?

Fortunately, MS researchers have more patience than I do, and if you’ve been paying attention to recent studies you would also have noticed that major pieces of the puzzle are finally starting to fall into place when it comes to understanding and eventually curing multiple sclerosis. And in this first case, it happened almost by mistake.

Many researchers over the years have believed that MS has some kind of link to a viral infection of some kind. But viruses are incredibly difficult to see even with our advanced medical technology. And it’s only been in the very recent past that we have finally been able to unlock some of the very basic properties of viruses giving us the ability to fight back against them. And in this case it was a different virus, the one that causes Aids which may have finally taken us a giant leap forward to understanding multiple sclerosis.

Just a few weeks back the following story was released about a woman over in England who had a rather severe case of multiple sclerosis which she had lived with for many years however this doesn’t seem to have affected her sex drive to any great extent leading her to a night of unprotected sex. A few days after her encounter she found out that her partner may well have been HIV positive sending her to her family physician in a panicked state. Her doctor immediately started her on a cocktail of powerful antiviral IV drugs that have shown great potential in knocking out the HIV virus especially when started right after the initial possible infection.

In a matter of days after her release from the hospital this woman who had been using a wheelchair for several years suddenly found herself able to get up and walk short distances. And after a few weeks she noticed both her strength and energy levels returning to what she felt was a much more normal level where she was able to walk much greater distances as well as even climb stairs with the help of a cane. She also experienced rapid improvement in her eyesight which had required the use of prescription glasses for many years.

This all happened a little over a year ago and she has continued to improve and regain a great deal of normal function ever since. In fact her improvement has been so startling that doctors and researchers in England, Australia, and North America have all started the process of putting together clinical trials to see if these results can be duplicated.

On a different front doctors and researchers are starting to unlock not only the secrets to repairing the myelin sheathing that protects the nerve pathways but also finding a number of very cheap drugs that help the bodies own ability to do just that with out the need of stem cells. Which in their own right are also showing great promise in the treatment of not only MS but many other ailments as well, including the repair of major organs like heart muscle tissue.

And finally, a brand new drug treatment, that has already passed through clinical trials and is waiting for FDA approval, is being called ground breaking in its effectiveness against MS. The drug Ocrelizumab is reversing damage to the nervous system most likely by remyelination in the central nervous system, though further research is still needed to prove this. However patients in the study are claiming and showing vast improvement from their previous symptoms. And FDA approval could come sometime early in 2016.

These recent stories give me tremendous hope that the cure for not only MS, but perhaps many if not all of the disorders that are classified as autoimmune diseases, might soon be a thing of the past!

Like my writing? My debut novel Visus that follows a pod of killer whales up the North American Coast is now for sale. The link to buy it is: http://www.amazon.com/Visus-William-C-Walker-ebook/dp/B00U8ZN4GE/ref=sr_1_1?ie=UTF8&qid=1427573378&sr=8-1&keywords=Visus

2 thoughts on “MS Countdown to the CURE”